At Colonial Hostel, travel finally became what I expected it to be: exploring incredible places, eating delicious food, dancing all night, and meeting awesome people (you guys know who you were, thanks your for making the hostel feel like home). The place itself was fantastic: toilet seats, toilet paper, clean rooms, comfy couches in the many common areas, a communal kitchen, a kitten named Waiki, and a 12 year old named Franco to show you goofy Spanish youtube videos if you ever looked like you weren’t doing anything. 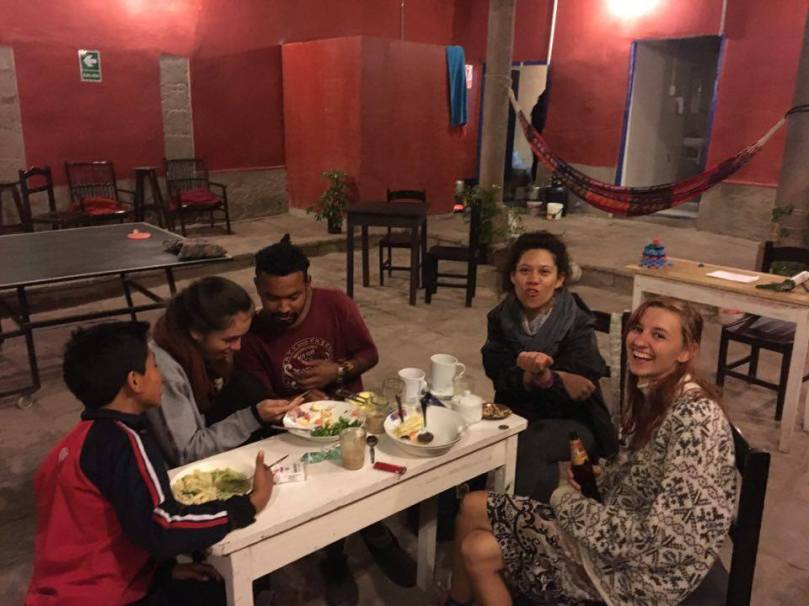 After a wonderful week of just going with the flow, I figured it was time to actually do some of the things that I’d been dreaming of for months. The first thing I did was book myself a tour to Rainbow Mountain. Yes, a tour. I was cringing hard as I listened to the agent explain the itinerary and handed over the money. I was really not excited to get herded around the mountain in a group of 20 bumbling tourists, but there wasn’t any other way to get there unless I wanted to spend ridiculous amounts of money on a taxi from the last town to the trailhead.

It turned out to not be so bad, though. Unsurprisingly, most of the group was hopelessly out of shape. I reached the first meet-up point with only 3 others. Everyone else was still far behind, so the guide told us to just hike to the top on our own. That felt really good. Not only for my ego, but also because suddenly we were just 4 new friends on a hike together, who just so happened to be returning to a bus with some people on a tour at the end of it.

The second big highlight of my stay at Colonial has to be the two days I spent becoming best friends for actually forever with my hostel bitches, Laura, Kate and Nancy. 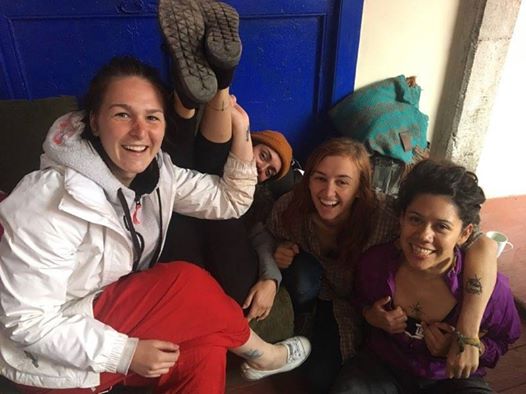 On day one, we got tattoos. Not matchy-matching tattoos, but we all went to the shop together and got our secret Spanish-speaking weapon, Nancy, to haggle us a bulk deal. Yes, it’s even normal to haggle tattoos here. Don’t worry, we worked down the price after the tattoos were already done. No revenge blood poisoning. Laura got a wrist llama, Kate got an abstract design around her ankle, Nancy got a boob sun, and I got Jack Sparrow’s tattoo. I am now bracing myself for the lectures from my parents. Yes, this does make 2 new tattoos in 3 weeks. But it was just suddenly so shocking to me that I didn’t think of getting this tattoo years ago. 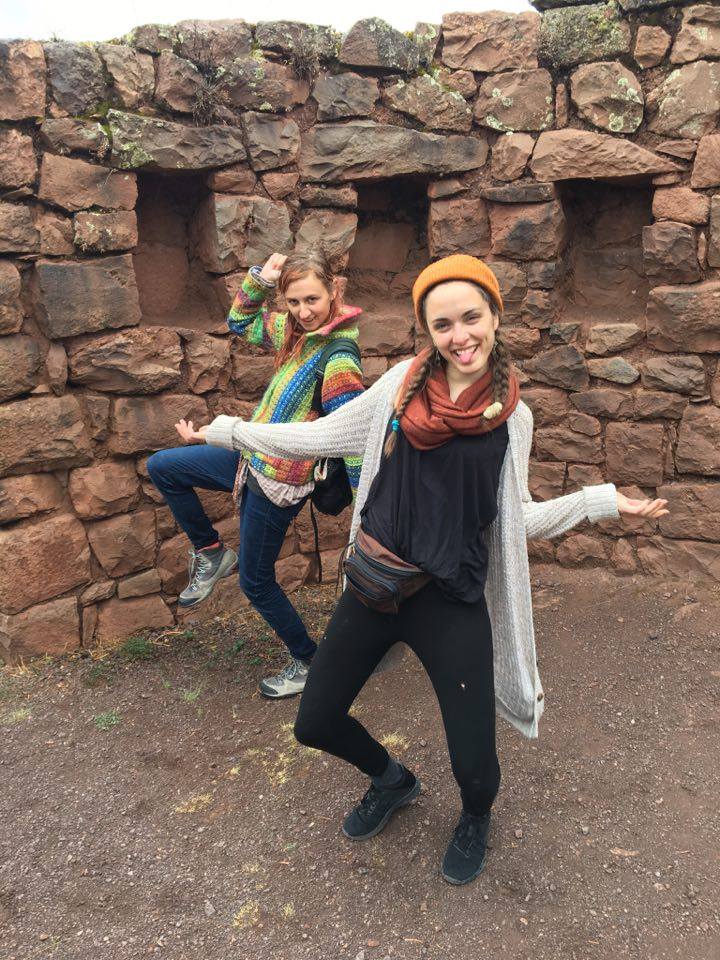 Day two, we went to see ruins. Obnoxiously enough, I went to Peru determined to leave without seeing Machu Pichu. I didn’t go around preaching that, but every time it came up, I got told to stop being such a hipster and just do it. I really had no interest, though. It’s too busy, too expensive, and I really wasn’t that excited about it anyways. It did feel a little strange to go to Peru without seeing any ruins, though. So when Kate and Laura produced a set of instructions for a secret hike to see some free ruins in Pisaq written on the back of receipt, I couldn’t say no.

After an hour spent being lost while trying to find the collectivo station, we were thrilled to find that the barely legible promises on the back of that receipt were coming true. We arrived at the bottom of one of those epic Inca staircase things, which Kate told me were for crops, because different things grow at different elevations. Right away, it started to rain really, really hard. Did we think about heading back? No way. We committed to the endless hike, through the impossibly huge manmade landscape.

It wasn’t until we got to the top that we realized that these ruins were not actually free. There were signs and ropes all over the place. We had unknowingly just snuck in through the backdoor. It didn’t matter, though. We were in a really cool place for the price of the 5 sol collectivo. Not that you can put a price on these things, but after we’d already been running around the top of the ruins for over an hour, someone finally asked us if we had one of those fancy 70 sol tickets. We were tired and the sun was starting to set, so we played dumb, apologized, and left sort of immediately.

Last but not least, a trip to Cusco would not be complete without a walk to Christo Blanco, where you can look out over the whole city while feeling vaguely spiritual or sacrilegious, depending on your refreshments for the day. My refreshments were kindly provided by the ChocoMuseo. The ChocoMuseo is known for their free chocolate samples, but those a dwarfed in comparison to the samples acquired by my hiking buddy for that day, José. He used to work for the museum, so we stopped by to see his old coworkers before heading for the trail head.

The trail head… as will surprise nobody who has any sort of realistic expectations about Cusco featured a 20 soles entrance fee. Not even José’s fluent Spanish could talk the guard out of enforcing it. Even in Canada, the $8 that translates to is steep for a 15 minute jaunt. Being stubborn anti-establishment tourists who didn’t even think to bring that much cash with them, we had to find another way.

Down an unmarked street, strewn with garbage and guarded by a territorial dog, we found what looked like an aqueduct across a steep ravine that appeared to have a little bush trail on the other side of it. We scrambled across and guessed our way straight to the top, only having to avoid a few sleeping homeless people on the way.

Once we arrived, we lay down on a blanket and watched the clouds while getting to know each other— not an easy feat, considering José knows pretty close to absolutely no English (he said “rabbit” one time, but that’s all). Guys, I officially have a real friend who I have spoken to exclusively in Spanish. I’m doing the thing!

Soon, we were joined by Nancy (with the boob sun), who had found the very same bush path as us, and three small boys who we gave chocolate and played catch with for hours. They were too shy to speak, but they were awesome.

Everything was awesome. I’m trying really hard to not become one of those bro-y travellers, but dude… Cusco was sick.